Is Slavery Supported in the Bible?

The Bible tells stories of many people with slaves.  Wealth was often measured by the amount of slaves a person had.  In twenty-first century consciousness we have a strong image of slavery.  It usually involves the subjugation of the black population by white plantation owners.  People were treated savagely and inhumanely.  Black people were separated from their loved ones.  They were chained and they were slaughtered.  The Bible condemns man’s inhumanity to man.  We are told to love and to be gentle and kind.  Slavery, of the kind we picture, has to be disallowed by God because of its cruelty.

Slavery in the time of the Bible was often milder.  It was not limited to one race.  A much higher percentage of the Roman world were slaves than were slaves in 18th century America.  However, just like American slavery, masters had absolute authority over their slaves.  Slaves were not their own people.  So why doesn’t Paul condemn slavery and pen directives for its abolishment once and for all?  Paul’s aim was not to disrupt the social system of his day.  In his letters Paul declares there is no difference in status before God of the slave and the free.  This was a radical elevation of the slave for the time.  Some slaves, commentators think, were already bringing disorder to their households.  This was bringing the gospel into disrepute.  The gospel, so it seemed to outsiders, caused discord and chaos.  Paul directed people, within the social institutions of the time, to live orderly and harmonious lives.

The abolition of slavery is a derived imperative of the gospel.  It is a necessary application of biblical truth.  For example, in the Old Testament the year of celebration, the Year of Jubilee, saw all slaves released.  The Jewish people remembered their years of slavery in Egypt as years of bitterness.  Their emancipation was celebrated as a great and wonderful thing.  If people have power – or can gain power, to overthrow slavery – they should.  It is an evil.  God did not design the world to have slaves.

In  2017, the United Nations reported that 40 million people were trapped in slavery and 152 million children were subject to child labour.  The cry of our heart should be, “Let my people go!”  We are part of a common humanity and so the plight of people near and far is all of our concern.  Have you looked into what you can do about this? 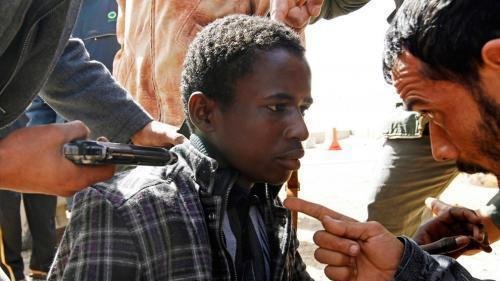 Note:  Written after reading Philemon in the Bible.