Some people have established strategies for personal growth.  This is particularly true of spiritual growth.  They might go to the temple each morning.  They might say the same incantation or prayer at the same time each day, with the idea that completing the task has value in itself. Today I am thinking about two key areas people prioritize which hold them back spiritually and one area of focus which moves them forward. 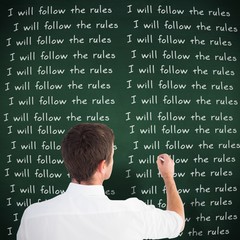 Our education system conditions us to set goals and fulfill them.  We are designated A’s, B’s and C’s based on our performance.  Perform well and we are promoted to the top of the stack.  Perform badly and we are threatened with a future of sweeping streets.  The guilt and the shame of failure is to be avoided and the success of completion is to be savored.  This translates to parenting that frowns with disappointment at C’s on the report card, regardless of the effort made by the child.

Take this into adult life and the results are disastrous.  Perfectionism is passed on from generation to generation and does its destructive work.  ‘Perfect’ is sometimes the only level that satisfies us, but even then the reward is just a lack of shame rather than  a flood of pleasure.  We grade and rate friends and family and put them into a hierarchy based on our own grading scales.  One adult son or daughter visits more often than the other, so they become the ‘better’ child.  Our husband cuts the lawn a little more sloppily than we would.  The resulting posture is contempt for the world, and even contempt for self.

Adherence to rules, usually our own rather than those of the government or a religion, qualifies a person for acceptance or rejection.  Usefulness is measured by tasks a person completes.  Value to society is quantified in production capacity or consumption.  The disabled and aged are worth less because they produce less.  People are exhausted by entering the workforce early and leaving it late.  They want to prove themselves useful, or at least maintain a standard of living that is acceptable in the public consciousness.

Self-help books get people noticed.  They focus on actions people can do to improve quality of life.  Some of them help you improve your diet and physique.  Others look into the soul and help you meditate your way to 10% more happiness.  There is nothing wrong with the attention given to improving yourself, there is everything wrong with the narcissism that is often its result.

In the infant years we focus on self to get our needs met.  We see our parents as appendages who should feed and clothe us.  If we don’t get what we want, we throw a hissy fit.  That is appropriate for an infant with high needs for constant care.  Our narcissism morphs as we mature.  The constant attention of our parents and of teachers reinforces the idea the world is watching us.  Teens often struggle with embarrassment because of a perceived audience.  The truth is that people pay too little attention to each other, the teenage perception is that they are the lead character in a serialised dramatization not unlike The Truman Show.

Our self-improvement culture and our service oriented culture prolongs the myth that I am the center of the world.  Tag lines like ‘You deserve it’ or ‘You owe it to yourself’ comfort us with the illusion that someone cares rather than wants to make a profit out of us.  Our illusion that we need to create a perfect version of ourselves to wow a viewing public needs to fade.  Its replacement is a self-improvement which develops gifts and talents for the sake of others.  An inordinate focus on self becomes like a vortex or a tractor-beam leading to depression or vanity.  Giving self away for the good of the community frees a person from themselves and leads to release and joy.

The truth is there are higher goals than self.  An inward looking perspective becomes a false one.  An outward looking perspective is more humbling.  We see this in a movie like The Tree of Life where one shot zooms out from the individual character who is in anguish.  They are in a garden, the garden is next to a house, the house is in the street of identical houses, the street is in a city, the city is in a country, the country is on a continent, the continent is on a planet, the planet is in the solar system, the solar system is in the galaxy, the galaxy is in the universe.  As the perspective broadens the platform for self-importance shrinks.  The Nihilist takes heart from their insignificance and embraces meaningless activities.  The Existentialist realises their self-focus is absurd in the light of an expansive universe and the inevitability of death, so they make a plan to do the most with what little they have.  The Christian sees a personal force originating and sustaining the universe.  The Christian does not see the universe as the ultimate stage in telescoping out from our own existence.  The cosmic Christ who is both a person and infinite God is through all and is in all.  According to the Bible, Jesus is beyond all of our imagination but he is also deeply personal.  He connects all the layers of existence and gives significance to our mortal lives.  Because of his transcendence he becomes worthy of focus and worship.  In making him that focus our world becomes ordered and meaningful.

These thoughts are gleaned from the Bible, in particular Philippians 3:1-11.  The apostle Paul argues against valuing religious ritual purity or personal performance.  He gives an account of his own religious and personal performance, arguing that if anyone could be secure in their own achievements he could.  However, having experienced the risen Lord Jesus the only focus of any value to him is a focus on Christ.

Further, my brothers and sisters, rejoice in the Lord! It is no trouble for me to write the same things to you again, and it is a safeguard for you. Watch out for those dogs, those evildoers, those mutilators of the flesh. For it is we who are the circumcision, we who serve God by his Spirit, who boast in Christ Jesus, and who put no confidence in the flesh— though I myself have reasons for such confidence.

If someone else thinks they have reasons to put confidence in the flesh, I have more: circumcised on the eighth day, of the people of Israel, of the tribe of Benjamin, a Hebrew of Hebrews; in regard to the law, a Pharisee; as for zeal,persecuting the church; as for righteousness based on the law, faultless.

But whatever were gains to me I now consider loss for the sake of Christ. What is more, I consider everything a loss because of the surpassing worth of knowing Christ Jesus my Lord, for whose sake I have lost all things. I consider them garbage, that I may gain Christ and be found in him, not having a righteousness of my own that comes from the law, but that which is through faith in Christ—the righteousness that comes from God on the basis of faith.  I want to know Christ—yes, to know the power of his resurrection and participation in his sufferings, becoming like him in his death, 11 and so, somehow, attaining to the resurrection from the dead.