Sometimes I float through life without direction.  Unhealthy habits of consumption overwhelm our ability to achieve.  We were made to achieve good goals.  Others were meant to flourish because we are in their world.  Too often we binge-watch, party, and in other ways fritter away precious opportunities.

Here are six principles to consider in order to turn life around and start achieving the goals we were put on the planet to achieve.

The past can hold us back in two ways.  One is how we can hold on to past mistakes and believe the lie that they define us.  The other is how we hold on to past successes and glory in them.  In both cases, we need to learn from the past and leave it behind.  Mistakes are opportunities for future growth.  If we are wise, we won’t do THAT again!  Success gives a strong foundation to reach for more.  Do not let other people define you by past mistakes and persist in their low expectations.  Even confront them if they persist.  If they continue in their negative assessment, leave them behind. 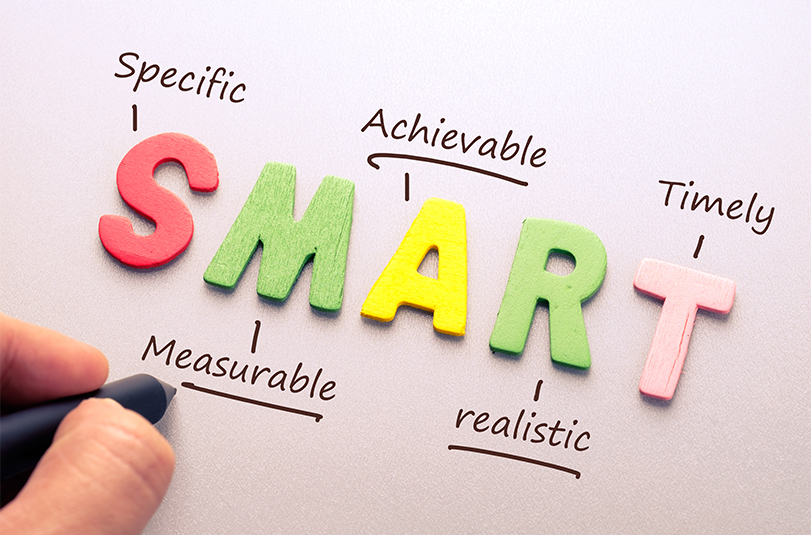 What is your goal?  Why were you put on the planet?  Each person has a unique gift set.  Each person can cause others to prosper.  Henri Nouwen famously cared for people with disabilities in the L’Arche community.  Because of his great learning, we could expect Nouwen to have only been a blessing to those whom he served.  What he found, though, was precisely because of their need for service the disabled people in the community transformed him.  Everyone has something to contribute to the growth and development of a healthy society.

Once we have discerned our life’s calling, we set it as our goal.  Then we must keep that goal before us.  For Christians, we have reminded ourselves of the goal of glorifying God by creating places of worship, great art, and translating the Bible into our own languages.

If someone’s goal is financial freedom, physical health, or family unity they must act on that goal and not their feelings.  We may not feel inclined to get out of bed and act on our dreams and vision for life, but action is not dependent on our feelings.  We can press on through a storm of negativity, and we can press on when our emotions are positive.  The key to achieving a goal is to focus on it and press toward it.

Other people have usually achieved the goals we want to achieve before us.  People have written books, become financially free, maintained their health, and created loving homes for millennia.  People have also reached maturity and achieved deeper spiritual goals.  There are many ways to be mentored by people we admire from the past and present.

It is obvious people from the past are no longer available for a cup of coffee at the local cafe.  However, great people have often written books or had biographies written about them.  In some cases we can watch documentaries or movies which show us how they lived.  A great example for my family, this last year, was reading a biography about George Mueller and the orphan work he did in Bristol.

To move a little closer to home, there may be someone in our community we admire or who has skills we need to master.  Rather than ask them to become a mentor for life, it is good to ask them whether they want to have coffee or go for a walk with us as a one-off.  If there is a connection during the first meeting, suggest a second time.  Assuming the connection continues, ask them if they would mind committing to a limited time of mentoring.  This can be a fixed time of say 3 weeks, or it can be until a particular skill is mastered.

Groups provide motivation and support.  A group with a common goal goes beyond a mere community which might happen to be in the same space, but it becomes what Alan Hirsch calls Communitas.  Communitas is a community with a shared goal.  We see the success of groups like Weightwatchers or sports clubs.  The members of the group spur each other on.  A local church should be an encouragement toward spiritual growth and maturity.  Who has contributed to our growth?  How do we assist in the growth of others?

Establishing patterns often trumps consciously thinking about what we do.  There are many patterns already controlling our lives.  My father came home from school at about four o’clock each day, he went straight to the fridge and got himself something to eat and then settled in front of the television.  At about four-thirty or five, my mother would serve him dinner on a tray.  At about ten he would turn the television off and go to bed.  He didn’t think about this routine, but it shaped him.  After he retired he developed different patterns, which were more healthy.  He incorporated walks and bicycle rides.

We must identify our patterns and evaluate them.  What do they lead to?  The patterns of our life are like little liturgies which show us what we worship.  Where does our time, money, and energy actually go?

If we identify unhealthy patterns we need to break the habits.  Breaking habits is not easy, but it can be done.  We need to put a new response to an old stimulus.  To see how that is done we can talk to former smokers, members of AA, or Christians who have turned their lives around.

Once we have made the changes we need to make it is important to stand firm.  Old friends might pull us into old habits.  We might need to avoid the bar, the television, or a certain neighborhood for a while.  However, a pattern of standing firm will encourage more ground to be taken.  If we stand by our principles on one count, people will respect that our will power is for real.  We will ultimately have an air of dignity and strength about us where people will be influenced by our new behaviors rather than being able to drag us backwards.  The achievement of our little goals will lead to the higher goal of becoming an influence for the good of others.

The principles above are drawn from Philippians 3:12-4:1.  In this passage Paul applies the principles to the highest goal of knowing Jesus and serving him.

Not that I have already obtained all this, or have already arrived at my goal, but I press on to take hold of that for which Christ Jesus took hold of me. Brothers and sisters, I do not consider myself yet to have taken hold of it. But one thing I do: Forgetting what is behind and straining toward what is ahead, I press on toward the goal to win the prize for which God has called me heavenward in Christ Jesus.

All of us, then, who are mature should take such a view of things. And if on some point you think differently, that too God will make clear to you. Only let us live up to what we have already attained.

Join together in following my example, brothers and sisters, and just as you have us as a model, keep your eyes on those who live as we do. For, as I have often told you before and now tell you again even with tears, many live as enemies of the cross of Christ. Their destiny is destruction, their god is their stomach, and their glory is in their shame. Their mind is set on earthly things. But our citizenship is in heaven. And we eagerly await a Savior from there, the Lord Jesus Christ, who, by the power that enables him to bring everything under his control, will transform our lowly bodies so that they will be like his glorious body.

Therefore, my brothers and sisters, you whom I love and long for, my joy and crown, stand firm in the Lord in this way, dear friends!