What is in 1 Thessalonians?

Thessaloniki is in Greece.  When the apostle Paul went there, he was soon chased out of town.  That made him concerned that the faith he shared there would soon die out.  When, finally, he got word, he found that the faith had taken root and was flourishing.  What would this new, enthusiastic group of Christians need from Paul?

After reading 1 Thessalonians and starting on the second letter, a few points jump out.

Encouraging people is still accepted as the way to start conversations.  Leaders who start with tasks, bad news, or criticism often demotivate people.   Finding positive attributes and talking them up forms a platform of acceptance to which one can later return if things get rough.

One of the biggest fears is fear of death.  The Thessalonians were afraid that the loved ones they knew who had died would not be taken with Jesus to paradise. This was coupled with concerns about when and how Jesus’ return would take place.  Paul sends answers to both concerns.

There is a way of life which is central to Christian faith.  There is a code of conduct God calls people to follow.  When a Christian repents, they turn from their old ways to new ways.  The Thessalonians were ignorant of the details of their new way of life.  In the 21st century, many in The West are also ignorant.  The gospel we preach has been divorced from behaviors and so some of the most poorly behaved people in the room may claim to be Christian.  In church on Sunday, we had a conversation about nominal Christians – people who are Christian in name only.  We realised that, rather than celebrate a shared faith, we might first look at whether the faith is exercised.  If there is no evidence of faith, maybe it is not there. 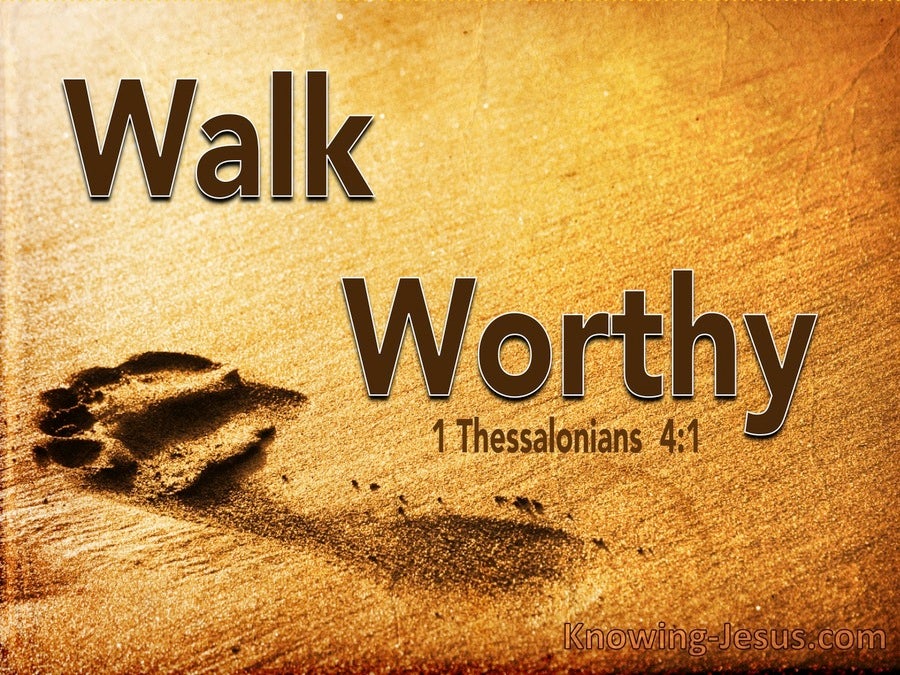 1 Response to What is in 1 Thessalonians?