Problems with the Phrase ‘Accept Christ’ 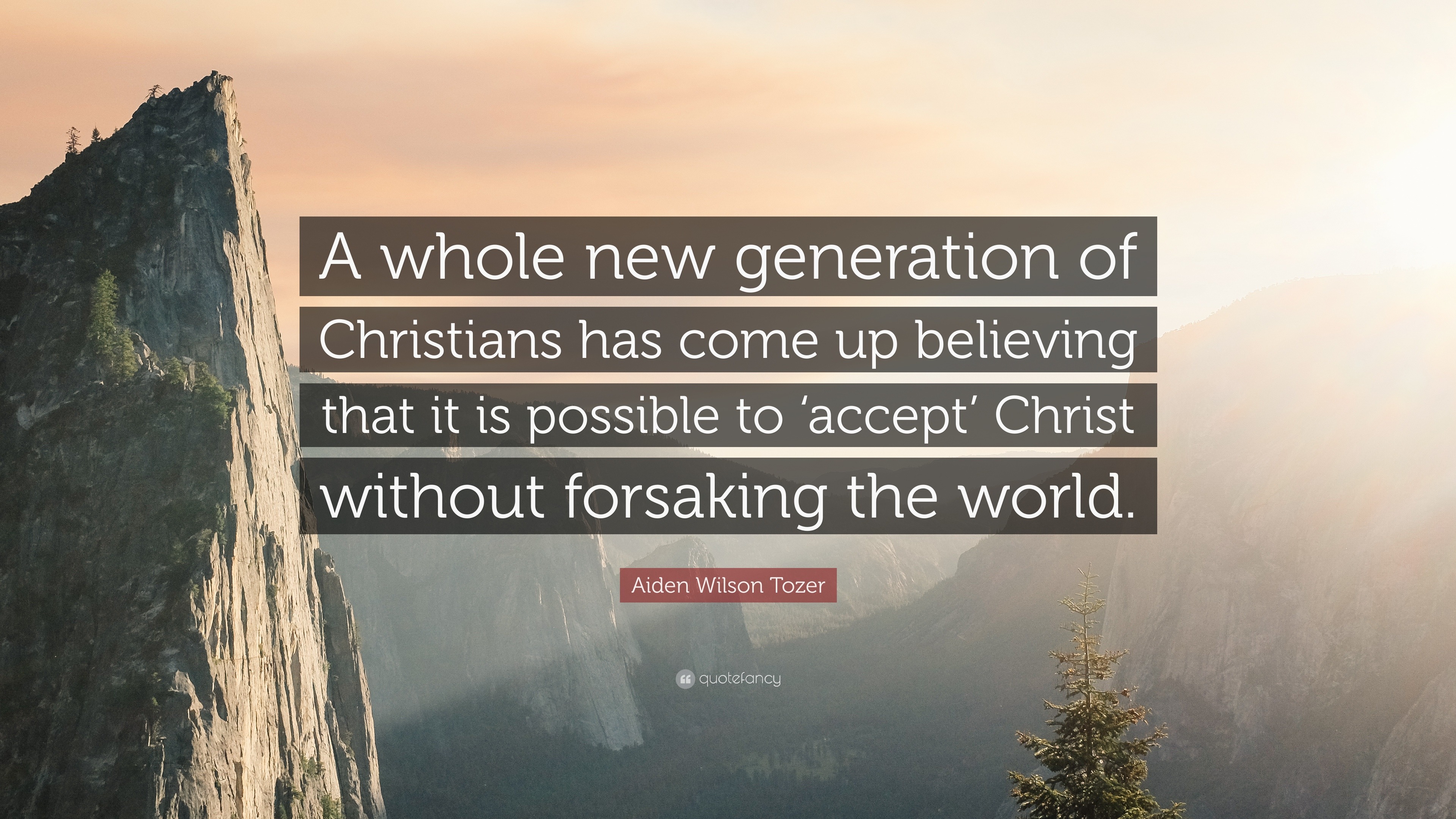 A. W. Tozer first made me question how we use the term ‘accept Christ.’  He wasn’t a fan.  In evangelistic campaigns many preachers plead with the congregation to ‘accept Christ.’  They might ask people to raise their hands and come to the front to pray to ‘accept Christ.’  When this goes well, the new convert accepts the message they have been given.  They take it to heart and a seed is planted that begins to grow.  As they accept Christ, there is a full surrender to the message.

In the gospel of the New Testament, the message of the evangelist is one of repentance and surrender.  To accept the gospel means to relinquish an old way of life and take on a new one.  It also means to surrender all resistance to Jesus and to follow him as a willing slave.  This kind of unconditional acceptance has been missed in the twentieth century, and the twenty-first century is picking up where the twentieth century left off.  At this time, the gospel is presented with very little call for change.  To accept Christ has become a mental assent to Jesus coming to wash away my sin.  The lordship of Jesus is lost in the message.  A person accepts Christ like one might accept a bid from a window-washer to wash the windows.  Jesus comes cap-in-hand into the life of a proud human being.  He does a little dusting around the new believer’s heart and then sits in a corner waiting for any opportunity to be useful.

We must therefore beware of the ‘easy believism’ which has become part of our communication of the gospel.  Our winsome easy-come-easy-go communication has led to a casual, non-committal acceptance of Jesus.  It has also led to an easy forgetting of Jesus.  We do not communicate clearly the demands of Christ, we do not communicate the wretched condition of the human heart, and we do not communicate the majesty of God.  We sound like peddlers who lack confidence in their cheap, plastic toys.  We should sound like envoys of the conquering king.  Let’s be careful of encouraging this generation to ‘accept Christ.’  Let’s encourage people to receive a message where they humbly plead with God to accept them.

And we also thank God continually because, when you received the word of God, which you heard from us, you accepted it not as a human word, but as it actually is, the word of God, which is indeed at work in you who believe. For you, brothers and sisters, became imitators of God’s churches in Judea, which are in Christ Jesus: You suffered from your own people the same things those churches suffered from the Jews who killed the Lord Jesus and the prophets and also drove us out. They displease God and are hostile to everyone in their effort to keep us from speaking to the Gentiles so that they may be saved. In this way they always heap up their sins to the limit. The wrath of God has come upon them at last.