Now the serpent was more crafty than any other beast of the field that the LORD God had made.

He said to the woman, “Did God actually say, ‘You shall not eat of any tree in the garden’?” 2And the woman said to the serpent, “We may eat of the fruit of the trees in the garden, 3but God said, ‘You shall not eat of the fruit of the tree that is in the midst of the garden, neither shall you touch it, lest you die.’” 4But the serpent said to the woman, “You will not surely die. 5For God knows that when you eat of it your eyes will be opened, and you will be like God, knowing good and evil.” 6So when the woman saw that the tree was good for food, and that it was a delight to the eyes, and that the tree was to be desired to make one wise, she took of its fruit and ate, and she also gave some to her husband who was with her, and he ate. 7Then the eyes of both were opened, and they knew that they were naked. And they sewed fig leaves together and made themselves loincloths.

8And they heard the sound of the LORD God walking in the garden in the cool of the day, and the man and his wife hid themselves from the presence of the LORD God among the trees of the garden. 9But the LORD God called to the man and said to him, “Where are you?” 10And he said, “I heard the sound of you in the garden, and I was afraid, because I was naked, and I hid myself.” 11He said, “Who told you that you were naked? Have you eaten of the tree of which I commanded you not to eat?”12The man said, “The woman whom you gave to be with me, she gave me fruit of the tree, and I ate.” 13Then the LORD God said to the woman, “What is this that you have done?” The woman said, “The serpent deceived me, and I ate.”

14The LORD God said to the serpent,

“Because you have done this,
cursed are you above all livestock
and above all beasts of the field;
on your belly you shall go,
and dust you shall eat
all the days of your life.
15I will put enmity between you and the woman,
and between your offspring and her offspring;
he shall bruise your head,
and you shall bruise his heel.”

“I will surely multiply your pain in childbearing;
in pain you shall bring forth children.
Your desire shall be for your husband,
and he shall rule over you.”

“Because you have listened to the voice of your wife
and have eaten of the tree
of which I commanded you,
‘You shall not eat of it,’
cursed is the ground because of you;
in pain you shall eat of it all the days of your life;
18thorns and thistles it shall bring forth for you;
and you shall eat the plants of the field.
19By the sweat of your face
you shall eat bread,
till you return to the ground,
for out of it you were taken;
for you are dust,
and to dust you shall return.”

20The man called his wife’s name Eve, because she was the mother of all living. 21And the LORD God made for Adam and for his wife garments of skins and clothed them.

22Then the LORD God said, “Behold, the man has become like one of us in knowing good and evil. Now, lest he reach out his hand and take also of the tree of life and eat, and live forever—” 23therefore the LORD God sent him out from the garden of Eden to work the ground from which he was taken. 24He drove out the man, and at the east of the garden of Eden he placed the cherubim and a flaming sword that turned every way to guard the way to the tree of life.

As Church of the Open Door continued its summer series on Tov (Good) it came to the story of Genesis 3.  In this context Good was defined as God’s blessing or flourishing that flows through Creation because of its connection with God.  Evil is defined as the breaking of connection with God and his goodness.  The result is a withering on the vine.  Those who do not connect with God instantly lose their connection with life.  The life of God ceases to flow freely through God’s agents into the creation and that which could have endured for ever shows its inability to sustain itself.

The marriage union between Adam and Eve is not destroyed but it is dying.  God in his grace maintains a connection of sorts, but the intimacy of sunset walks in the Garden of Eden is lost forever.  A life of innocence, fulfilling work and playful joy is now marked with shame and fear.  Community life is replaced by community shame and blame.

Evil is not an essence in and of itself.  Evil is not a thing created by mankind.  Mankind takes the perfect life that is created by God and makes it its own.  In taking of a perfect and good thing by God we make it something less.  Sometimes we are proud of our work, but if we see the reality as God sees it we are left living a horror and an abomination.  The only solution is to pluck it out, kill it and start over.  More efforts by mankind to make an evil thing good only leads to more ugliness.  I am reminded of my son when he broke one of his more expensive toy cars.  He knew that I, his father, would be disappointed so he raided the drawers for glue, scotch tape, or anything else that looked like it would help.  The wheel still lay detached from the broken car, but the car itself now looked like more of a mess than it ever had before.  Rather than make more attempts to fix the car, I took it and replaced it with a new car that I purchased on line.  He had felt awful but now his face lit up as he learned a lesson about grace and its re-connection with what is good.

Marriage was created by God.  The union of a man and woman has a perfection to it which is good.  We have tried to improve on marriage through the years.  We have used it to pursue our own goals rather than God’s.  We have used it as a selfish source of pleasures.  We have looked on spouses like property and shown them off with all the pride that we would a new set of clothes or an ear-ring.  We have dealt with male domination and we have discarded marriages in divorce because our hearts were weak.  All our modifications of marriage increase evil.  To move forward well, we have to look back.  We have to see the ancient truths that were designed by God in the harmony of the Garden. 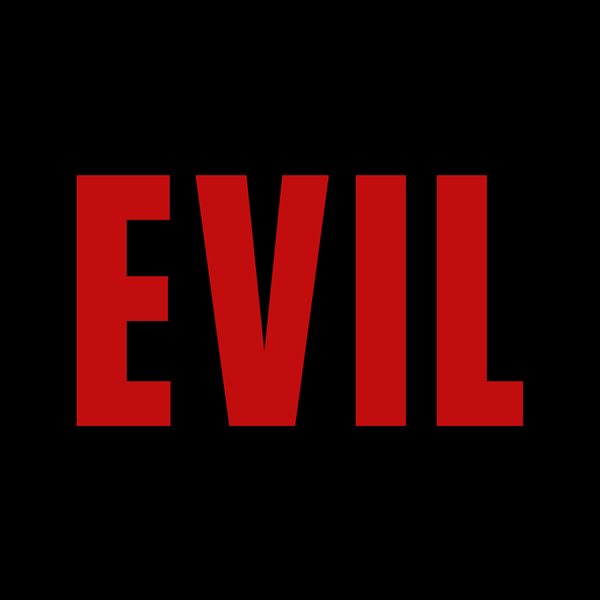 Deliver us from evil.