After this, Paul left Athens and went to Corinth. 2 There he met a Jew named Aquila, a native of Pontus, who had recently come from Italy with his wife Priscilla, because Claudius had ordered all Jews to leave Rome. Paul went to see them, 3 and because he was a tentmaker as they were, he stayed and worked with them. 4 Every Sabbath he reasoned in the synagogue, trying to persuade Jews and Greeks.

5 When Silas and Timothy came from Macedonia, Paul devoted himself exclusively to preaching, testifying to the Jews that Jesus was the Messiah.6 But when they opposed Paul and became abusive, he shook out his clothes in protest and said to them, “Your blood be on your own heads! I am innocent of it. From now on I will go to the Gentiles.”

7 Then Paul left the synagogue and went next door to the house of Titius Justus, a worshiper of God. 8 Crispus, the synagogue leader, and his entire household believed in the Lord; and many of the Corinthians who heard Paul believed and were baptized.

9 One night the Lord spoke to Paul in a vision: “Do not be afraid; keep on speaking, do not be silent. 10 For I am with you, and no one is going to attack and harm you, because I have many people in this city.” 11 So Paul stayed in Corinth for a year and a half, teaching them the word of God.

12 While Gallio was proconsul of Achaia, the Jews of Corinth made a united attack on Paul and brought him to the place of judgment. 13 “This man,” they charged, “is persuading the people to worship God in ways contrary to the law.”

14 Just as Paul was about to speak, Gallio said to them, “If you Jews were making a complaint about some misdemeanor or serious crime, it would be reasonable for me to listen to you. 15 But since it involves questions about words and names and your own law—settle the matter yourselves. I will not be a judge of such things.” 16 So he drove them off. 17 Then the crowd there turned on Sosthenes the synagogue leader and beat him in front of the proconsul; and Gallio showed no concern whatever.

Separation of  church and state is often used to say that God has no place in politics.  A superficial reading of the passage above might lead a person to conclude that Gallio’s judgment about matters of the faith reinforces the idea that faith is a private mater and has no place in the public sphere.  However, the account is written in the Book of Acts.  We are told that an angel delivered word to Paul that he would be safe in Corinth.  This means that the outcome of the trial was God ordained, not godlesss.

Court cases deal with issues of good v. evil.  The good, in the perspective of a Christian, can only be tallked about in relation to God.  Good is that which conforms to God’s will.  Evil is that which twists or perverts the order of creation as God would have it to be.  Unfortunately, because mankind is evil, many of the cases which go through our legal system decide in favour of evil.  We have often bought into the idea that a jury decision will be for the good because it involves more individuals.  However, when a society becomes as corrupted as ours and begins accepting more and more evils, the majority on a jury may decide in favour of something that is out of line with godly, biblical principles.

In Corinth God worked out his plan through the law courts and Gallio’s approach to Christians is reported with approval.  We must cover our legal system with prayer.  We need to ask God to use the legislature to promote good.  Abandoning public life is not the answer.  Behaving the same as others in the public sphere is also not good.  To be good is to prayerfully bring godliness to society by standing for a view of the world as God sees it.  This needs to be consistent in all spheres of life.

An explanation of a decline in church attendance recorded by Pew Charitable Trust is that the church has become too political.  What does that mean?  I am not sure that we have been hypocritical by being involved in politics.  I think our hypocrisy lies in the way we have communicated a very individualised and personal faith and then we have applied it to the public life of politics.  MLK was very political and very religious, yet we hold him up as a hero.  Why the inconsistency?

Our political system is legislating pleasure and entitlement.  The rich can manipulate the system as much as the poor.  Our law courts do not appeal to natural law but to the consensus of the majority and the majority grope around in darkness.  Lord, let your light shine to expose the corruption in the heart of man.  Use the legal system to support and empower your church.  Bring a revival that affects all of life. 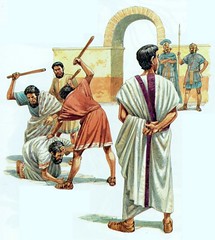