Now Herod was angry with the people of Tyre and Sidon, and they came to him with one accord, and having persuaded Blastus, the king’s chamberlain, they asked for peace, because their country depended on the king’s country for food. 21 On an appointed day Herod put on his royal robes, took his seat upon the throne, and delivered an oration to them. 22 And the people were shouting, “The voice of a god, and not of a man!” 23 Immediately an angel of the Lord struck him down, because he did not give God the glory, and he was eaten by worms and breathed his last.

24 But the word of God increased and multiplied.

25 And Barnabas and Saul returned from Jerusalem when they had completed their service, bringing with them John, whose other name was Mark.

Struck Down for His Remarks

Oratory skill was much prized in the ancient world.  In fact schooling was often broken into Grammar, Logic, and Rhetoric stages.  The grammar stage is where one learns and absorbs content.  In the logic stage one learns what makes a good argument.  The rhetoric stage pulls all the skills together so that a prospective world changer can deliver communication that will carry the day.  Classical Christian schooling movements have adopted this model as a means to regain the kind of minds that Plato, Aristotle, Marcus Aurelius and The Apostle Paul had.  However, before we go too far with this, Herod was also a skilled orator.  Hitler was able to move the masses with his powerful oration.  Historically it has been agreed that pathos, ethos, and logos make up a god speech.  Pathos is the passion with which the speech is delivered.  Ethos is the life behind the speech.  Logos is the content, literally the words, of the speech.  Although Herod, in the passage above, delivered a great speech where Pathos and Logos may have been covered, his ethos was missing.  Herod’s heart was rotten and was devoted to himself.  The people of the region were possibly flattering him when they sang his praises.  However, Herod had ultimately set himself up against what God was doing through his people.  He had killed faithful followers of Jesus and he had imprisoned others.

I can’t imagine what it is like to be eaten from the inside out.  However, the one who looked so good on the outside was disgusting on the inside.  His heart was corrupted and his organs were infested.

Father, help us to know what it is to follow you.  Help us to live out our lives with devotion and thanksgiving.  May our lips speak in line with your wisdom. 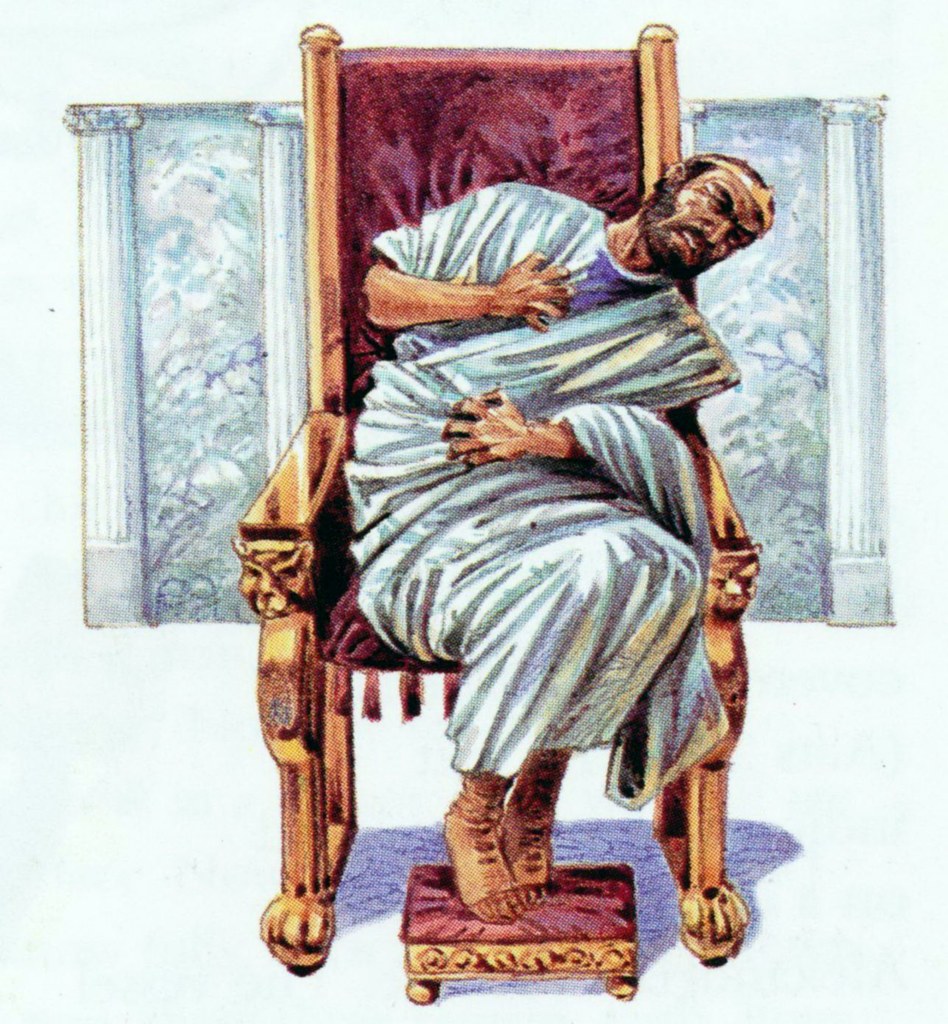