8 And Stephen, full of grace and power, was doing great wonders and signs among the people. 9 Then some of those who belonged to the synagogue of the Freedmen (as it was called), and of the Cyrenians, and of the Alexandrians, and of those from Cilicia and Asia, rose up and disputed with Stephen. 10 But they could not withstand the wisdom and the Spirit with which he was speaking.11 Then they secretly instigated men who said, “We have heard him speak blasphemous words against Moses and God.” 12 And they stirred up the people and the elders and the scribes, and they came upon him and seized him and brought him before the council, 13 and they set up false witnesses who said, “This man never ceases to speak words against this holy place and the law,14 for we have heard him say that this Jesus of Nazareth will destroy this place and will change the customs that Moses delivered to us.” 15 And gazing at him, all who sat in the council saw that his face was like the face of an angel.

An Angel in Hell

If Stephen’s face shone like an angel, what was that like?  We know that, in the West, the idea of a person being like an angel has a nuance of innocence and simplicity.  That’s not what would be in the mind of the author.  Angels are the messengers of God who are met with fear.  The righteous purity of Stephen would have been apparent.  He is filled with a power that provokes those who surround him with a desire to murder.  However, he is unafraid.

We need wisdom like Stephen’s today.  I am told that more and more graduates of Moody Bible Institute are taking to social media to tear down the institute and the professors that have invested in them.  Maybe they think they are doing it for righteousness’ sake?  They accuse us of racism and of being out of date in our opinions on sexuality.  However, these broad strokes, painted by both sides, forget that we are human.  We become an institution called Moody, full of clones called Moodies.  We become enemies who graduated and now are heretic champions of heresay.  In movies like V for Vendetta the masses move for reform in an impersonal crowd.  In Christianity we all have stories.  We all have faces.  But none of our faces are those of an angel.

I fear for the future amidst the falsehoods.  I fear that Moody will be destroyed from without or within.  I fear that Christians may become divided over sexuality and progressives will feel they have done a service to God when they take away my profession and my income.  I fear that conservatives will become angry, ugly, and offensive and will castigate those who struggle.  I fear a great schism that will divide and conquer the faithful – the faithful who are divided on issues but don’t know how to have a civil conversation.

We have spewed our dysfunction all over the media.  We have fought each other in the law courts.  We are making Jesus a laughing stock.  Some of us.

However, I don’t want to fight my brothers and sisters when I do so from such fear.  I don’t want to have victory over those who disagree with me.  I want to embrace the heretic and understand why they are hurting so badly.  I want to console the conservative and know why they despair or fight so hard.

The Sanhedrin acted as one, but it was composed of many.  Nicodemus found Jesus and broke ranks.  They were not of one mind, although they made decisions that were horrific.  So, we can not come together in unity when we dehumanize one another and trigger shame.  Our discussions show that wherever we stand on race, sexuality, worship, or family values many of us are not yet aware that we are already free.  Discussion among free people, in my opinion, would be more productive.

Jesus, you have set us free.  I give in to fears that I do not have to hold.  I want what is right.  Eradicate fears of groups that are not like me.  Deal with my heart toward individuals who do not share my views.  Let my fears decrease and the freedom to grow and to discuss increase.  For your glory. 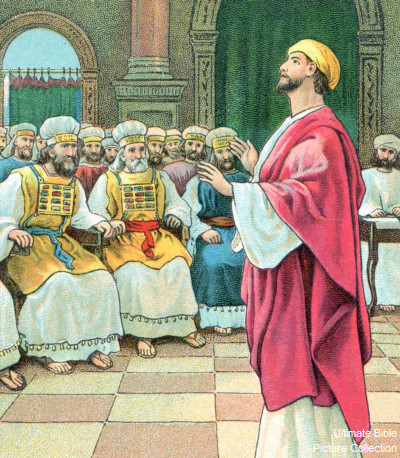 For the context of my posting above read the news article about Moody at The Chicago Tribune:  http://www.chicagotribune.com/news/local/ct-moody-institute-white-privilege-forum-met-20150309-story.html