25 Some of the people of Jerusalem therefore said, “Is not this the man whom they seek to kill? 26 And here he is, speaking openly, and they say nothing to him! Can it be that the authorities really know that this is the Christ? 27 But we know where this man comes from, and when the Christ appears, no one will know where he comes from.” 28 So Jesus proclaimed, as he taught in the temple, “You know me, and you know where I come from? But I have not come of my own accord. He who sent me is true, and him you do not know. 29 I know him, for I come from him, and he sent me.” 30 So they were seeking to arrest him, but no one laid a hand on him, because his hour had not yet come. 31 Yet many of the people believed in him. They said, “When the Christ appears, will he do more signs than this man has done?”

Where is Jesus from?

Those who do not believe in the virgin birth have Jesus coming from a man and a woman in northern Israel at some time around 4 B.C.  This is when Jesus starts to exist.  Often these people claim to be in pursuit of the historical Jesus.  The claim is that the gospel writers all made up their own Jesus to communicate a message that was precious to them.  Although the gospel writings are commendable as period pieces of fiction, they are near useless as historical records of Jesus.

The earliest manuscript, often called Q, is lost to us, but it forms the core of Matthew, Mark, and Luke.  This is why they contain much of the same material.  The supposed earliest gospel, Mark, does not contain a birth narrative.  However, Matthew and Luke attempt to add origin stories and so they compose conflicting genealogies and differing stories about Magi and shepherds.  The gospel of John goes cosmic and has Jesus as the eternal Logos.  This is obviously a Greek influence which equates Jesus with a philosophical concept that was put forth by Greek philosophers and Christianized by whomever wrote the fourth gospel.

To understand the historical Jesus, so the critique runs, we have to understand people had sex, made a baby and one of them was executed by Romans.  His name was unremarkable, Yeshua ben Yosef (Joshua Josephson), and the myth that grew around him has power only in the same way as tales of Frodo Baggins, Thor, or Zeus.

Here we see that people in Jesus’ day also assumed that he must have had ordinary origins.  We are not much more clever than the ancients in our opposition to the exceptional nature of Jesus.  We need to see that Jesus came through the womb of a woman, but that somehow he was eternally begotten.  It takes faith to say that Jesus was more than a man.  However, the faith proves itself true by the Messiah’s own presence in our lives 2000 years later.

Jesus, we follow you by faith even though you died for all to see 2000 years ago.  We accept by faith that you existed before your birth in Bethlehem.  We accept that you were ordinary by design.  We wish to walk with you by faith in the days ahead. 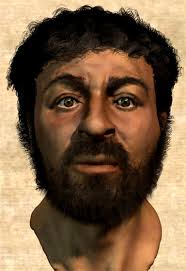