13 Someone in the crowd said to him, “Teacher, tell my brother to divide the inheritance with me.” 14 But he said to him, “Man, who made me a judge or arbitrator over you?” 15 And he said to them, “Take care, and be on your guard against all covetousness, for one’s life does not consist in the abundance of one’s possessions.” 16 And he told them a parable, saying, “The land of a rich man produced plentifully, 17 and he thought to himself, ‘What shall I do, for I have nowhere to store my crops?’ 18 And he said, ‘I will do this: I will tear down my barns and build larger ones, and there I will store all my grain and my goods. 19 And I will say to my soul, Soul, you have ample goods laid up for many years; relax, eat, drink, be merry.’ 20 But God said to him, ‘Fool! This night your soul is required of you, and the things you have prepared, whose will they be?’ 21 So is the one who lays up treasure for himself and is not rich towards God.”

Christian View on Redistribution of Wealth

As a rabbi Jesus was getting respect in the community.  That is why one person asks Jesus to advocate for him.  It was not unknown for a rabbi to act as arbitrator.  However, Jesus does make a judgment about the desire of the man’s heart.  He sees that people often pursue justice because they are pursuing gain.  The Book of Ecclesiastes really takes up the theme that pursuit of any kind of hoarding or gain is against the fabric of Creation.  Creation was designed to take what is needed and then reproduce and move forward in a synergistic cycle.   For mankind this means generosity and not greed.

In our age we tend to hoard the resources of Creation without thought for our fellow human being or for the planet itself.  I am still baffled as to why many Christians in North America think that caring for the planet is somehow anti-biblical because An Inconvenient Truth was presented by liberal Al Gore.  Some Christians cite dominion as a principle.  It means that mankind was put over Creation as its master in the Creation story.  Unwittingly they implicate themselves in this account.  Mankind has hoarded Creation when possible.  An absurd distribution of wealth is extant in the world today.  To redistribute that wealth looks like communism to the capitalist west.  However, Jesus condemns a successful capitalist in this narrative who wants to invest more money in his ventures without thought of God or God’s Creation.  Human nature works against trickle-down economics.  We have seen that in the 80’s and 90’s and 00’s.  Maybe Christians can lead the way in redistributing their wealth.  Maybe then we will be free from greed. 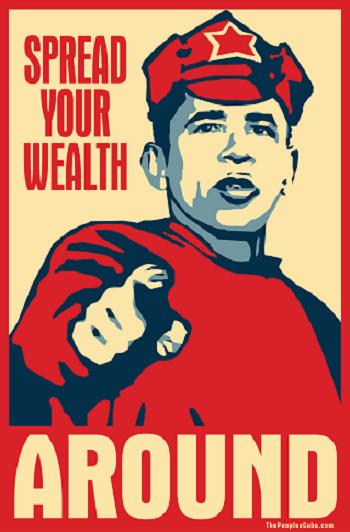 Father help Christians to lead the way with voluntarily redistributing their wealth to help each other, the poor, and Creation.

I teach at Moody Bible Institute in Chicago. My interests include education, biblical studies, and spiritual formation. I have been married to Kelli since 1998 and we have two children, Daryl and Amelia. For recreation I like to run, play soccer, play board games, read and travel.
View all posts by Plymothian →
This entry was posted in Uncategorized and tagged hoard the resources of Creation. Bookmark the permalink.