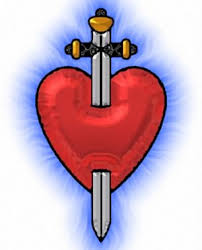 22 And when the time came for their purification according to the Law of Moses, they brought him up to Jerusalem to present him to the Lord 23 (as it is written in the Law of the Lord, “Every male who first opens the womb shall be called holy to the Lord”) 24 and to offer a sacrifice according to what is said in the Law of the Lord, “a pair of turtle-doves, or two young pigeons”. 25 Now there was a man in Jerusalem, whose name was Simeon, and this man was righteous and devout, waiting for the consolation of Israel, and the Holy Spirit was upon him. 26 And it had been revealed to him by the Holy Spirit that he would not see death before he had seen the Lord’s Christ. 27 And he came in the Spirit into the temple, and when the parents brought in the child Jesus, to do for him according to the custom of the Law, 28 he took him up in his arms and blessed God and said,

29 “Lord, now you are letting your servant[d] depart in peace,
according to your word;
30 for my eyes have seen your salvation
31     that you have prepared in the presence of all peoples,
32 a light for revelation to the Gentiles,
and for glory to your people Israel.”

33 And his father and his mother marvelled at what was said about him. 34 And Simeon blessed them and said to Mary his mother, “Behold, this child is appointed for the fall and rising of many in Israel, and for a sign that is opposed 35 (and a sword will pierce through your own soul also), so that thoughts from many hearts may be revealed.”

36 And there was a prophetess, Anna, the daughter of Phanuel, of the tribe of Asher. She was advanced in years, having lived with her husband seven years from when she was a virgin, 37 and then as a widow until she was eighty-four.[e] She did not depart from the temple, worshipping with fasting and prayer night and day. 38 And coming up at that very hour she began to give thanks to God and to speak of him to all who were waiting for the redemption of

39 And when they had performed everything according to the Law of the Lord, they returned into Galilee, to their own town of Nazareth. 40 And the child grew and became strong, filled with wisdom. And the favour of God was upon him.

Thoughts From Many Hearts

When Jesus is encountered by a righteous elder, Simeon,  who has been faithful in service to God, warns Jesus’ mother that her son will cause her pain.  What can pain a mother more than being rejected when you try and prevent him from making a fool of himself (Matthew 12:46-50)?  What can be more painful than standing powerless as Jesus walks a way that will get him killed?  What can be more painful than standing and watching as your son’s body is mutilated beyond recognition and life slips from his body?  It is a joy to imagine a son who restores the hopes of Israel, but not in the ways that she has to suffer.  It will be like a Roman soldier takes his sword and runs her through as she watches his life unfold and seemingly unravel.

Jesus reveals hearts.  He is not a superficial person.  He is not ultimately interested in the excuses that we make or the self-medication that we choose.  He wants to expose the source of our pain and heal it at the root.  He is not interested in our many achievements, our rewards, our affirmation of our flesh.  He is interested in the vacuous hall of our heart that aches with emptiness although it hangs plaques and trophies on the walls.  He will take residence there and fill the chambers with warmth and joy, but only if the Christian opens the door and lets him in.  Most hearts are revealed to be cold stone castles wrought for defence and isolation.  We fill our moats with sarcasm, business, games, and noise.  Jesus has to assault us, he has to be patient as he lays siege.  He waits.  He knocks. He knocks. He knocks.

He knows what reality dwells in the deepest layers of our subconscious.  In quietness and solitude he may reveal rooms that we never knew existed.  He develops capacity and courage to venture into the darkest dungeons and he takes thoughts captive.  He demolishes the objections of our futile thinking and disarms our memories of their venomous sting.  Self-recrimination is exiled with its weapons of guilt and shame.  Pride is abandoned in the presence of one who is so much more powerful.  We allow him free access and we bow before him.  From being an alien in the heart he has conquered, he becomes king.  We are adopted and he raises us up as heirs to a royal throne.  We become lion-hearted.  We also become humble servants, and we aid him as he lays siege to the hearts of others, knowing the hospice he brings.

God, be my light.  Jesus reveal to me the heart I have constructed made of rotted flesh and death.  Create in me a pure heart by stripping away the putrefied cathedral I have constructed in honour of apathy, guilt, lust and fear.  It is not who I am.  It is not who you called me to be.  You have made in me a humble heart of a lion.  You have given me words of truth from your word to life.  Let me be healed and then heal.  Let me be a hospitaler for the healing of the nations. Knights Hospitalers formed an order which cared for those who were sick and dying.