My Response to Grayling (Epistemology/Axiology) 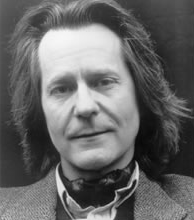 (A link to his article is provided below)

It is agreed that in our postmodern societies all truth claims are presented as equally valid, including the naturalism that AC Grayling espouses.  I think that, in America at least, it is often humanism that is ‘protected by custom and in some cases law against criticism and ridicule.’

In British academia and American public schooling atheists claim ‘respect, special treatment, and many other kinds of immunity.’  They use a corrupted understanding of the seperation of church and state to their advantage.  I have experienced personal insults and mud-slinging by academics who would not add support to their argument but retreated into snobbish superiority by throwing out comments like, “no-one thinks like you anymore…. That is a great answer for the 14th century …” or my personal favorite, “you moron!”  The last comment was thrown at me in debate at Exeter University by Dr. Elizabeth Stuart.  Retreating behind these personal attacks and having no works by conservative thinkers like William Lane Craig, J.P. Moreland, or R.C. Sproul in the library (as was true of the University College of St. Mark and St. John) gives little credence to naturalist, humanist or liberal claims that they have considered the thought of evangelicals.  Theology, according to Anselm, is ‘faith seeking understanding.’  This shows a balance between faith and reason.  We Christians acknowledge what we believe and seek to examine our beliefs and make sense of them.

The blind Scientism of many is shocking.  They do not see that they too hold beliefs.  If we dig down to the root of those like Richard Dawkins and Sam Harris they start with basic presuppositions.  Even Nietzsche acknowledges that we all come from our own perspectives in arguments.  What is particularly offensive about naturalists is that they assume that their unfalsifiable presuppositions of faith are actually scientific in nature.  With these uncritically held assumptions they build bastions of secularization which take the belief of humanism into the world with the religious fervor of any crusade.  Scientific, naturalistic, humanism falls pray to its own critique of “believing something by faith is ignoble, irresponsible, and ignorant and merits the opposite of respect.”  I have so much respect for humanity that I support AC Grayling’s right to write on the web.  Apparently his proselytizing on behalf of humanism is immune from his own critique.  I could ask him to play by his own rules and shut up, but I won’t.

Using the term ‘believers’ to mock those of faith implies that there are people who do not believe anything.  No one really functions that way.

Christians often desire the non-interference of Atheists (many atheists wrote sycophantic accolades at the foot of Grayling’s article) in their neat and tidy world.  I believe that is unrealistic.  However, to banish Christian thinking to the private sphere is to ignore the precedent of the very real lives of Jesus and the Apostle Paul.  Christians can’t withdraw with integrity and submit to that kind of dictate.  We must be in the public marketplace defending the faith.  We must dialogue with Muslims and Atheists to understand the common ground, folly or ignorance of rival truth claims.  If we diminish and disappear it must not be behind closed doors.

I find it interesting that Grayling assumes that human individuals deserve respect.  Why?  If we are not given worth by someone worthy of bestowing it, as Christians believe, what right does one species have over another to attribute to itself some worth?  Why not eat each other?  It seems that the worth of an individual can not come from an objective, scientific perspective.  It seems a statement of unsupported philosophy (and not science) to attribute value to shared humanity.  This value appears in Grayling’s article out of a vacuum.

Historically, I see the virtues that Grayling wants (he lists them in his article) arising out of religious thinking.  Historically, I see that Hitler takes nihilistic atheism to heights not even The Inquisition could hope to rival.  Of course, those who adhere to the writings of their faiths find little support there for unquestioned power structures, but the underlying presuppositions of everyone have an affect on their public lives.  We can not live in a world where presuppositions of any system go unexamined.

You’d think that the atheists more than anyone would hold their assumptions up to question.  Instead they have taken hold of communities and closed up shop.  In America we see the catch-22 of peer review halting serious consideration of intelligent design.  There is a very public stance of faith in a certain view of history, albeit natural history, which does not allow supernatural explanations for phenomenon or a designer behind the intelligence held in our genes.  I have read Dawkins and seen him invent time for the improbable and start with Darwinist assumptions that read anthropomorphic intentionality into a selfish gene.

I hold the right for atheists to take their faith-stance of atheism into the public sphere and to live a life which is consistent with their beliefs.  If such a thing is possible!  I do not understand why that tone of superiority is allowed to continue among atheists in Britain so that they stand without cogent opposition and pronounce judgment on society as if their philosophical assumptions were science.  Christians should do some more study.

If it is superior to believe in current ideas, why is AC Grayling so five minutes ago?  We have passed modernism and moved into the times of Baudrillard, Derrida, and Lyotard.  His views are still largely in the age of Dawkins, Russell, or even Locke.  If beliefs that we used to hold about humanity, science, virtues and universality can be dusted off by Grayling and held as true, why not go back 2000 years or more?  Why is everything that current thinkers think offered as a progression?  Is it not possible to regress?  Religious pluralism was all the mode, but the incompatibility of competing truths has forced us to question that.

I predict that we are just about to shift in Hegelian fashion from relativistic, postmodern pluralism to national identities.  We are shifting that way already with the debate about free speech.  We are defending it in Britain, Denmark, Holland and the USA based on nationalistic arguments: “The way of democratic freedom is free speech.”  So we see a belief in democratization that is akin to the ‘leap of faith’ that Kierkegaard is accused of.  Why is democracy right?  How do you know that?  Have you looked at the history of Pakistan?  When has Pakistan been least stable?  How did Rome maintain its strength?  How did it lose it?  Do these lessons teach us anything about our values?  Is history really a series of footnotes to the present?  Plato suggested a Philosopher King and saw democracy as part of a descent into tyranny.  I see a descent in the heart of man that wants to be free of a moral conscience.  It wants a reason to justify hedonism in the privacy of its own home.

7 Responses to My Response to Grayling (Epistemology/Axiology)